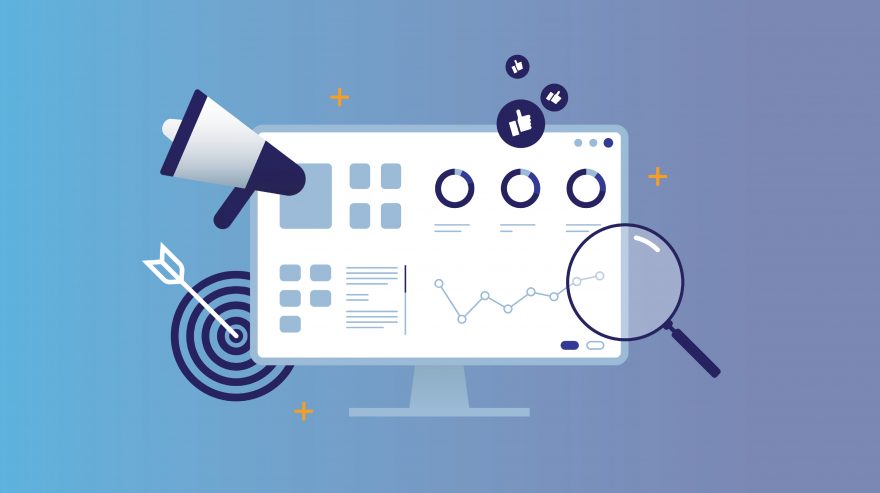 Performance-Based Contracts: How a National Pilot Could “Shift the Marketplace”

Five Districts Are Experimenting With Holding Vendors to Strict Standards on Tutoring. Others Could Follow

Contributing Writer
With help of academic researchers, a group of school districts are experimenting with a novel idea in the K-12 marketplace: paying education companies based on student growth and performance rather than just for products and services supplied.

The concept of tying vendor pay to outcomes — referred to in the procurement landscape as performance-based contracting — is relatively untested in the K-12 marketplace, but it is widely used in other industries, ranging from defense to energy to health care.

Districts spend billions of dollars annually paying education companies for various learning products and tools, but they don’t always get the academic results they are seeking.

Now, a group of researchers from an education-focused nonprofit are partnering with several major school systems in making the case that a new layer of vendor accountability can be brought into the fold when an outcomes-based contract is put in place. Vendors will be dependent on their products actually succeeding to get paid.

They also argue that such contracts will require vendors and districts to work more collaboratively together.

For now, the idea is still in its early stages, with five school systems participating in a pilot program led by a nonprofit and focused solely on contracts for tutoring.

The project is unfolding as demand for online tutoring among school districts is exploding. And it carries a heightened level of risk for education companies long accustomed to getting paid for products delivered or hours clocked.

The concept is simple: Districts in the pilot are setting specific academic benchmarks in RFPs, and if students receiving tutoring don’t hit those metrics, the vendor doesn’t get paid the full contract value.

As part of the pilot, up to 40 percent of the total contract value is contingent on meeting student outcomes. Districts are awarding short-term contracts with performance language, some requiring them to show results in as little as 12 weeks.

Of the five districts participating in the pilot — Boston; Duval County, Fla.; Ector County, Texas; Denver; and Fulton County, Ga. — two so far have awarded contracts to online tutoring companies with performance-based standards written into them.

Those two districts are Denver and Ector County, West Texas. The three other districts are set to release RFPs tied to student outcomes sometime this spring.

The vendors compete on outcomes — not on low price, not on marketing campaigns, not on drive-bys at the superintendent’s offices.Sarah Glover, Southern Education Foundation

While researchers are still in the process of ensuring that districts and vendors buy into the idea, their future aspirations are to shake up the status quo for how some K-12 contracts are written and awarded.

“Our goal with this is to essentially shift the marketplace for how districts interact with vendors,” said Sarah Glover, project director of the outcomes-based contract initiative at the Southern Education Foundation, an Atlanta-based nonprofit helming the pilot that focuses on providing equity for underserved students.

“The vendors compete on outcomes — not on low price, not on marketing campaigns, not on drive-bys at the superintendent’s offices,” she said.

If all goes well with the pilot, Glover said the intent is to influence at least 20 more districts to adopt an outcomes-based contract model for tutoring, or at least start moving in that direction.

The genesis of the pilot goes back to 2020, when Glover, then working for the Harvard’s Center for Education Policy Research, helped lead virtual workshops with districts and vendors about outcomes-based contracting to gauge initial interest.

Glover said it became apparent based on responses from the workshop that the idea was viable: Several superintendents and tutoring company CEOs signed letters of intent to move the idea forward by participating in a formal pilot program.

How to Measure Success?

The pilot has already produced a series of questions and considerations that vendors and districts have never had to confront before.

Chief among them: what academic outcomes to measure, how will education companies react to the increased level of risk, and what possibilities the outcomes-based model could hold for K-12 procurement beyond online tutoring contracts?

Districts are turning to a variety of assessment products already used by their schools to quantify student progress. That includes tools like i-Ready and NWEA assessments, Glover said.

One of the immediate and more challenging issues vendors had to chew on during the virtual workshops that started in late 2020, Glover said, was the “shift from thinking about pricing the service they offer, to pricing the outcome.”

In Denver, 90,000-student district has already issued two RFPs for online tutoring with outcomes-based contingencies covering about 1,300 students. Those students will receive a minimum of 36 hours of contact with tutors, said Brittany Miller, senior director of Expanded Academic Learning.

Between the two RFPs, vendor response wasn’t lacking. A total of 10 tutoring companies told Denver they wanted the job, but some apparently didn’t know what to make of the performance-based stipulations.

“Some of the vendors very clearly understood how the rate card worked and what we were expecting of them with the outcomes-based contract,” said Mitchell. “Others completely ignored that part, maybe because they didn’t know what was being talked about.”

That aside, Miller said conversations with vendors consistently tended to steer toward “the biggest question mark:” how and what the district is going to measure to gauge success.

Denver is using several different assessment tools for that, Miller said, including i-Ready, STAR and NWEA, depending on the school or grade level. For students in grades K-3 receiving tutoring for early literacy as part of the outcomes-based pilot, progress will be tracked using test scores from a state-required program called the READ Act.

And so far, she said, the district and its tutoring vendors have found that parsing through the difficult conversations to determine outcomes has led to much more tangible goals, and better communication across the board, with “tutors receiving the same messaging as teachers and district leaders.”

“We all have some skin in the game when we’re dealing with outcomes,” Miller said. “It gives us some clarity, and having that level of clarity has been invaluable.”

At Ector County, a district of about 33,000 students, Superintendent Scott Muri said he wasn’t sure what kind of response he’d get from vendors when issuing RFPs with performance-based language.

But to Muri’s surprise, the district received multiple responses from vendors ready to take on the new style of contract. His district is using NWEA MAP Assessments as the growth indicator and also worked out a scorecard for vendor pay.

For now, Ector County has only issued RFPs with performance contingencies for tutoring services. But Muri said his district is in talks with a couple of digital curriculum providers about setting similar standards and they’ve been “very open to the conversation.”

Before that can happen, researchers running the pilot know they have to continue speaking with vendors and districts to educate them on the process.

Districts are using an RFP template provided by the Southern Education Foundation, and have been given access to an assessment expert to provide guidance on figuring out how to identify reasonable outcomes, said Glover. Researchers are also preparing a rate card that districts can use as a template for future performance-based contracts.

And for vendors, the researchers are hosting one-on-one calls with company executives, as well as broader-based sessions to introduce vendors to the concept of outcomes-based contracts.

With so many districts at the moment looking to hire tutoring companies, some of those tutoring providers may need to be convinced to work with districts that are setting performance-based standards, she said.

“In this moment, where everybody is looking to hire them, why would vendors take on the risk of being in an outcomes-based contract?,” Glover said.

It’s an idea that makes sense, he said, because districts are spending public dollars on ed-tech products and tools and are accountable to taxpayers.

Given the increased risk assumed by taking on one of those contracts, he expects the reaction from vendors to be mixed.

“It depends on how efficient and innovative those vendors are,” he said. “The ones that are really good will find ways to do this, guarantee outcomes, give the district what they want, and at the same time make it profitable.”

The threshold set in the pilot program for at least 40 percent of vendor pay to be contingent on student outcomes reduces the risk to some degree, he said.

But he also said districts could consider adding “kickers” that give vendors extra rewards if they surpass performance metrics. Doing so could attract more bidders to performance-based RFPs.

“At the end of the day, it comes down to the vendors want to make money,” Merkle said. “Some vendors will get into those contracts because they know they can hit a set performance goal and be very profitable doing it.”

For Aaron McCloud, CEO of Intervene K-12, an online tutoring provider, the risk that comes with accepting an outcomes-based contract is acceptable when the district is crystal clear about its performance goals — and is willing to engage in discussion about them.

His company recently responded to an RFP with performance-contingent language, and “we needed a full conversation about what are the metrics for outcomes,” he said.

“Just to throw out numbers — that’s a little too vague,” said McCloud. “When we agree on being able to hold each other accountable that’s a recipe for success.”

And Ryan Patenaude, senior vice president and co-founder at FEV Tutors, said his company welcomes the idea of outcomes-based contracts because the accountability aspect involved in performance-based contracts cuts both ways. Districts, too, are on the hook to ensure they’re implementing the tutoring program correctly, sharing data with the company and meeting on a bi-weekly basis.

If not, the district can run afoul of the contract terms, he said.

“There’s accountability for everyone,” he said.

The contents of this website were developed with support from Schmidt Futures, the Bill & Melinda Gates Foundation, Charles and Lynn Schusterman Family Philanthropies, and America Achieves. The views expressed are those of the author(s) and should not be attributed to the funders.